In 1984, for reasons I will explain (and you will possibly consider idiotic) I brought our eighteen month honeymoon – traveling in a VW camper through Europe and the Middle East – to a halt because I wanted to nest in my own home and become an upholsterer.

Yes – we traded the charms of small French towns like Cassis 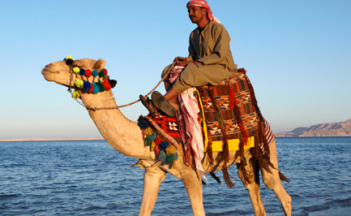 so I could pull the stuffing out of elderly sofas, become adept at tying internal springs in the classic 8-way-pattern for maximum holding and comfort

and tackle the occasional “Button Back” project.

An odd choice, and one I went on to regret.

What was I thinking?

I had persuaded myself that I was a contemplative craftsperson who needed to work quietly on my own with classical music and scented candles, carefully restoring gorgeous antiques for folks who liked such things. And I wasn’t interested in hearing anything to the contrary.

Until I did. And the contrary voice I heard was loud, insistent, and from within.

“I’m miserable! Here I am working away on my own, in the basement with things while what I really love and crave are people, sunlight and ideas!”

I had completely mis-read who I was and what I needed. Talk about undermining my trust in what I knew to be true about myself! I set aside my tools.

In 1980, for reasons I will explain (and you could possibly also consider idiotic) I brought my 2 year back-packing adventure around the USA to a halt 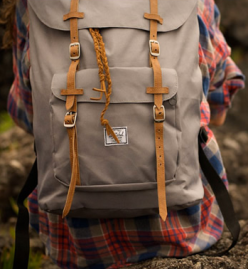 by moving in with a man three days after I met him at The Last Exit on Brooklyn, in Seattle.

Me! A convent-boarding-school-graduate-with-two-sisters-nuns-who-had-no-intention-of-getting-married-anyway. But, I made the lightening quick decision to stay with this warm, kind Seattleite.

Another odd/out of character choice, and one I’m eternally grateful for.

What was I thinking?

I really liked this man. He felt familiar and kind and I was an emotional kaleidoscope. Some days I’d feel loving and secure, others I’d panic about my future and our differences. Sometimes I’d feel content at the prospect of choosing “the one”, other times I let myself explore my options. [if you’re curious read this]. I had lengthy phone conversations with my aunts and sisters; I sobbed and laughed with girl friends; I sought counsel from wise folks; and Mark and I went about our lives getting to know one another ever more deeply. 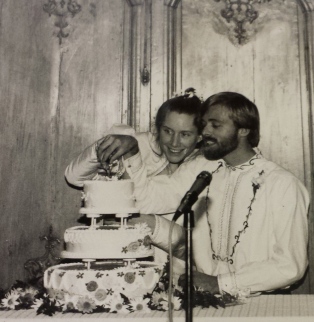 700 days after we met (during which time Mark came to England to meet my family, and we sought a work visa for me) we said our “I dos” at the Burke Museum in Seattle at our pot-luck-home-spun wedding filled with the crazy chaotic kindnesses of friends and family (still grateful for that cake Stuart!). 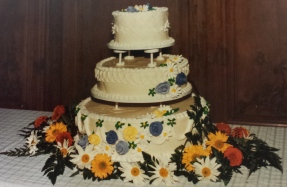 How can we get trust right?

In Can We Trust Too Much, I suggested the way forward lay in “helping a person learn how to nourish their own feedback systems so they can:

So, what is this feedback system and how come it’s trustworthy anyway?

Here’s what works for me, and increasingly, for my clients.

(OK – you get the point. I won’t go through the whole alphabet)

Maybe you can discern what it is as I review the ways I approached becoming an upholsterer versus the way I approached staying with Mark?

In the first instance I listened to only one inner voice. I listened exclusively to that Part of me who was absolutely of the opinion that I was, at my core, destined to be a contemplative upholsterer.

I had shut down the opposition. Any Part of me who might have had doubts about the plan was seen as a threat to my desire for certainty and the poster-child of certainty for me then was a life-long-dedication to the craft of upholstery.

But, in that tiny percentage of my attention I was ignoring, there were Parts gnawing at my gut, tightening in my upper back, and whispering in my heart ~

Too bad for them! My contemplative-hold-tight-to-certainty Part monopolized all the attention in my inner Cabinet, drowning out dissent and shoving aside the President. Until she couldn’t. Until those ignored inner knowings erupted and I could no longer refuse to hear them and I cracked open with frustration, grief, and rage at my inauthenticity.

I was like a President who fills her cabinet with “yes people.” In trusting only one adviser, I was completely oblivious to the larger reality I’d been ignoring.

Enough of the broken chairs already!

With the Mark decision it was the opposite. Within my inner Cabinet I was certainly swayed by my Minister for Spontaneity who argued “Hey, you gotta seize the moment girl..tomorrow you move on. If you don’t spend time with this man now, this moment won’t ever come around again.”

But, this Part had lots of supporters~

And lots of opposition too ~

But the difference this time was that I welcomed information. I listened to all these Parts. I paid attention not only to my thoughts but to my body, which had plenty to say! I listened to depression, to a spasming back, to knee and ankle injuries, to headaches and to the gnawing in my gut. I worked the issues until I felt I understood what needed to be understood in that moment.  I let reality be messy and complex.

Each Part held a piece of the truth. Each part wanted what was best for me, from her perspective. This idea of listening carefully to multiple competing views is hardly new, in psychology or politics. Fellow history enthusiasts might appreciate the analogy to Lincoln’s cabinet, beautifully described in Team of Rivals. Author Doris Kearns Goodwin explains (in an interview for National Archives)

At the same time, Lincoln was facing a Republican Party that was very young and whose members had come from a variety of other parties. They were former Whigs, former Democrats. By putting his rivals in his cabinet, he had access to a wide range of opinions, which he realized would sharpen his own thinking. It also gave him a way of keeping all those conflicting opinions together. If he didn’t have a unified group fighting against the South, the fight would be impossible to sustain. So having all those opinions in his cabinet not only helped him; it helped the country as well.

So, like President Lincoln, when it was time to make a decision, that decision arose from a deeply informed place. My own inner team of rivals  was led by my inner President (what I usually call my Self) in a way that considered the views of all the Parts. My Self was curious and compassionate toward all the fears, all the stories, all the desires held by these Parts. My Self understood, for example, both how hard it would be to abandon my VSO position in Indonesia and how hard it would be to walk away from an extraordinary relationship.

Each Part of me, each distinct set of beliefs/fears/desires I held, was welcomed, attended to, appreciated for the specific perspective it brought, and considered or negotiated with. Until I realized that I knew what needed to happen. Until I recognized an upwelling of certainty that came from getting to know all the Parts. And, at some point there was no longer a question. I knew I wanted to be with Mark above everything else. And all the Parts felt good about it.

Don’t trust me on this one folks – try it for yourself!

Next time you need to trust yourself with a decision – whether about a relationship, office politics, a move, an issue with your child or parent – let yourself genuinely tune into all the Parts of you who have something to contribute. View them all as helpful. It’s the Parts of us we shove aside as irrelevant or discordant or irritating, or frightening in their implications, that have the most power to unravel whatever version of “trusting myself” you come up with.

Because every relationship is built on trust. So, what Part(s) of you are doing the trusting? Your ability to trust other people will grow to the extent you get to know which Parts of you are showing up as you decide whether or not to trust. Trust is a process. It ought not be given too quickly. So, the more your President (your Self ) learns how to distinguish and listen compassionately to all your inner Parts the greater the chance you will form a clear and informed assessment.

Before you can trust (or re-trust) someone else, you need to learn to trust yourself.

This is the latest article in a year-long series on the “12-most-important-relationship-skills-no-one-ever-taught-me-in-school-but-I-sure-wish-they-had.”

If you’re interested in reading this blog in sequence, below are links to the series to date, beginning with the first posting at the top.

SKILL ONE ~ Recognize (and get to know) the many “yous.”

SKILL TWO ~ Learn how to be pro-active: choose how y’all show up.

SKILL THREE ~ Accept (and get curious about) other peoples’ complexity

SKILL FIVE ~ Learn How To Listen With Your Whole Self